Don´t try to be perfect – Be real!

Don´t try to be perfect - Be real!

And the reason for that is obvious. It doesn’t have to be perfect. That’s what I want to talk to you about today.

And that is also why I’m on purpose, going to do this video in one take and not edit anything, anything at all. What I’m talking about now is going to be done in one take without edits to make you see that people mess up. And that that’s fine. There’s nothing wrong with it. So let’s dive into this.

When I started out and when I started coaching and working with people, I thought, first off, that the background here behind me was the most important thing, except for this one. My face and my clothing. And I can’t do much about the face. That’s what it is. And of course, I can buy new clothes and I can do stuff like that, and that’s nice.

And I could buy a new studio, I could buy green screen, and I could do lots and lots of things with the backgrounds here. I thought that when people saw me either on meetings or on videos like you’re doing right now or in any other way, when I’m at the computer, at the camera recording something, doing anything,

At the end of the day, people watch what you’re doing. They connect with you, they talk to you, and they interact with you based on you, not based on anything else.

It is about one specific thing, at least for me, that is. It’s about helping people, inspiring people, and sharing my knowledge.

Heck, I lost my hair. I had to do something about that. Hey, I shaved it off. Let's make it work. It's not about those things, but we tend to think it is because we're brought up in a society where looks matter, where you need to be a professional all the time and where things need to be in a certain way and trust me, they don't.

But you know what happens as well. The people who do resonate with you, you’re going to pull them in and as always, it’s not about just doing one thing at one time, speak your truth and be the authentic you and you will see a huge, huge increase of people actually wanting to connect with you, Clients wanting to work with you and literally people coming into your life that you were hoping for.

That’s my message in this video and I said I won’t edit anything and I won’t cut anything in.

I’m going to do one thing at the end because if you’re starting your coaching journey and if you want some help along the way, we actually put together this for you which is our guide to help you grow and scale your coaching business or even start and grow it. It’s a step by step guide for how to set up a coaching business to make it work for you.

If you want to get the guide, it’s completely free. You can go here and find the link and pick it up.

It’s completely free and it’s designed to do one thing to help you grow and grow and or start your coaching business. So if you’re already running it, this could help you a lot and if you’re thinking about starting it, this is a must have for you.

So guys, that was all for today. I wish you a perfect day and stop being perfect. That’s my message.

Take care now and I’ll talk to you soon!
Joel 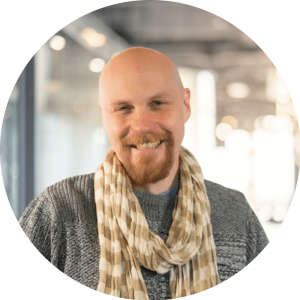 Joel is a speaker, author, and business coach that have worked with over 2 000 clients over the last decade. From small businesses up to multinational giants, and all over the world. Father of seven, and based in Sweden. Joels strongest and most important beliefs are that everyone has the right and obligation to create their future and life in a way they decide. By empowering others real impact can be achieved!
All Posts

CoachBox is the leading force when it comes to technology for coaches. We do what we do because we believe that by helping you change people’s lives, together we change the world for the better!

Get the latest news and tips for how to grow your coaching buiness – staright to your inbox! 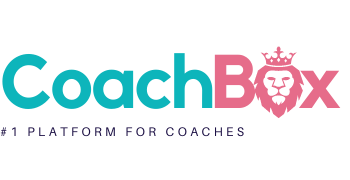 We use cookies on our website to give you the most relevant experience by remembering your preferences and repeat visits.

By clicking “Accept All”, you consent to the use of ALL the cookies. However, you may visit "Cookie Settings" to provide a controlled consent.
Cookie SettingsAccept All
Manage consent

This website uses cookies to improve your experience while you navigate through the website. Out of these, the cookies that are categorized as necessary are stored on your browser as they are essential for the working of basic functionalities of the website. We also use third-party cookies that help us analyze and understand how you use this website. These cookies will be stored in your browser only with your consent. You also have the option to opt-out of these cookies. But opting out of some of these cookies may affect your browsing experience.
Necessary Always Enabled
Necessary cookies are absolutely essential for the website to function properly. These cookies ensure basic functionalities and security features of the website, anonymously.
Functional
Functional cookies help to perform certain functionalities like sharing the content of the website on social media platforms, collect feedbacks, and other third-party features.
Performance
Performance cookies are used to understand and analyze the key performance indexes of the website which helps in delivering a better user experience for the visitors.
Analytics
Analytical cookies are used to understand how visitors interact with the website. These cookies help provide information on metrics the number of visitors, bounce rate, traffic source, etc.
Advertisement
Advertisement cookies are used to provide visitors with relevant ads and marketing campaigns. These cookies track visitors across websites and collect information to provide customized ads.
Others
Other uncategorized cookies are those that are being analyzed and have not been classified into a category as yet.
SAVE & ACCEPT